Are We There Yet? Tax Reform Before Year-End We’ve come a long, long way. The road has had many twists and turns. But we’ve almost arrived at the final tax reform we’ve been following for over a year. The House has passed the Build Back Better Act and the Senate is sketching out its plan.

I know what you’re thinking: it’s December 9th. Are the tax changes really going to pass Congress before December 31st?

The magic 8-ball says: outlook good. That’s because 2022 is an election year. Democrats control both the House and Senate, and if they can’t get tax reform done, they’ll be navigating that story while campaigning. So that means that despite differences around the details, there’s high motivation to get a bill to President Biden before year-end.

What’s Out of the Bill

What’s not in the House-passed Build Back Better Act? Basically, a lot of the stuff we were talking about earlier this year. And it’s very unlikely that these will be added back in.

What’s In the Bill (A Few Highlights)

This is a change that is likely to happen in some form.

The SALT cap deduction would be significantly increased under the House bill: the proposal is to (regardless of a taxpayer’s income) increase the SALT cap from $10,000 to $80,000 for 9 years, then return to the $10,000 cap in the 10th year. This is opposed by several Senators (particularly Senators Sanders and Menendez, who both have SALT cap plans that limit or phase-out a taxpayer’s deduction based on their income), and therefore is one item that is highly likely to be changed in the final version of the bill.

However, both the House-passed bill and the Senate version would make the change to the SALT cap deduction retroactive to the beginning of 2021.

What could this mean for you?

If you live in a state with significant property taxes and your income is less than $400,000, you’re probably looking at a meaningful tax cut in 2021 if you itemize. That’s because both the House and Senate versions are leaning towards allowing a full deduction up to $80,000 for people making less than $400,000.

A new 5% surtax on individuals with modified adjusted gross income (MAGI) of $10M+ was included in the House bill, as well as an additional 3% surtax on individuals with $25M+ MAGI. Now, that’s probably not your income in a regular year. BUT, watch out if you are doing a lump-sum sale of a business or a large piece of property—you will be affected if the sale pushes your income above these thresholds. (Maybe an installment sale becomes a more appealing option, in this case.)

Don’t overlook that Trusts will also be affected by this new surtax—and the exemption amounts are much lower. Trusts with $200,000+ income will be subject to the 5% surtax, and trusts with $500,000+ income will be subject to the additional 3% surtax. If you’re transferring a large amount of assets to an irrevocable trust to take advantage of the elevated estate tax exemption, OR you’re leaving a retirement account to be held in a Trust (which could easily compound over a 10-year period due to tax-deferred growth), then you could be affected. What are options for minimizing—or at least not compounding—trust income? You can consider with your attorney structuring the trust so that a portion or all of trust income is distributed to beneficiaries (making it taxable to them, not the trust), and/or you can focus on tax-efficient investment strategies that minimize investment income and capture capital losses.

There are a couple changes in the bill. One is prohibiting Roth conversions of after-tax funds in retirement accounts for all taxpayers effective January 1, 2022. Another is prohibiting Roth conversions altogether for high-income individuals starting January 1, 2032. That would give taxpayers a ten-year window to convert pre-tax retirement money to Roth money. But, realistically, even if this is passed, it’s likely that this provision will be changed at some point between now and 2032.

S-Corp profits above and beyond an owner’s salary would be considered investment income, and therefore subject to the 3.8% Net Investment Income Tax (NIIT) OR employment taxes. This starts to phase-in for single filers with $400k+ MAGI and joint filers with $500k+ MAGI, and would be effective beginning in 2022.

Regardless of what happens with the Build Back Better Act, a reminder of a few small tax savings opportunities.

Have an UTMA account for a minor child? Up to $2,200 long-term capital gains in 2021 and up to $2,300 long-term capital gains in 2022 will be taxed at 0% (assuming the child doesn’t have any other income). If unrealized gains have been building up in the account, why not work out of those gains without a tax consequence (albeit, for you, it may be incrementally over time).

When the final bill becomes law, Monument will give you a rundown on everything you need to know, and you can always ask your CPA for specifics on how you may be impacted. But in the meantime…

Have questions about the Build Back Better Act proposals? Not sure if you’re making the most of tax planning opportunities? Give us a call. 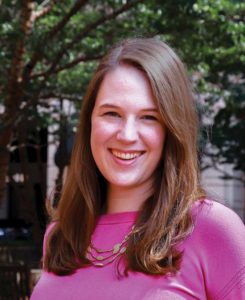 Jessica was inspired by a podcast to become a financial planner. At the time, she was working at the Brookings Institution as part of their fundraising team. Even though she enjoyed working with individuals on their philanthropic giving, Jessica decided that wealth management was a better way to build the type of long-term, advice-driven relationships she values. After completing Georgetown University’s Certificate in Financial Planning program....

Does the Debate Over a Recession Really Matter?