245 Years Later and We Are Still Talking Taxes This post is part of our ongoing series about President Biden’s tax reform proposals and what they may mean for you. We’re also sharing opportunities you should explore before tax laws potentially change.

What’s on your mind this 4th of July weekend…grilling out with friends and family, parades and fireworks, or just trying to beat the heat?

Perhaps you have something in common with our founding fathers if you find yourself thinking about taxation…it’s virtually impossible to tune in to the news or social media without mention of infrastructure spending and how to pay for it.

There’s much speculation about increased taxes as a way to pay but not much in the way of the certainty we crave when making decisions. So how should you plan for the unknown? Let’s start with what we do know…

What We Know: Bipartisan Infrastructure Framework

You may have seen the bipartisan group of senators posing alongside Joe Biden celebrating their successful negotiation of the Bipartisan Infrastructure Framework – one that notably did not include a proposed increase in the corporate tax rate to pay for new spending. Unfortunately, this lauded event did not give us much in the way of answers about what comes next for your finances. This framework is dependent on a subsequent budget resolution promising more infrastructure spending (and likely more taxes). If you aren’t a legislative affairs wonk, don’t despair – all this means is increased infrastructure spending and taxes could become a reality without any Republican support (opinion-free zone here, this is a fact).

What We Don’t Know: What Can Senators Agree On?

Additional spending and increased taxes could become a reality if a negotiated package is palatable to all 48 Democratic senators and the 2 Independents who caucus with them. While we don’t know the specific numbers that everyone can live with in terms of spending and taxes, it is probable that what was proposed by President Biden and published in the Treasury Department’s Green Book will be moderated in an effort to secure as many votes along the party line as possible. While I am no policy expert, negotiations and compromises seem highly likely.

What We Know: The Proposed Starting Point in the American Families Plan

The specifics in the Green Book didn’t drift too far from the ideas presented along the campaign trail last year. A few key proposals to pay attention to:

There are also complex proposals that represent a huge departure from current gift and estate tax laws, like treating the transfer of appreciated property (think stocks, real estate, etc.) by gift or at death as “realization events”.

Additionally, there has been much talk about eliminating or drastically reducing the “step-up” in cost-basis that allows heirs to reset the cost-basis of inherited assets to their fair market value as of the date of death. This could mean much larger capital gains taxes to pay, once the asset is sold.

While we don’t know what will ultimately happen, we do know that these are complex proposals that are likely to change in some form before any potential final passage.

What Should You Do?

The best thing you can do is stay focused on the things you can control. You can call your senator’s office twenty times a day to make your opinion known (we don’t recommend this), but we can mostly agree that this is something you probably don’t have much direct control over.

What do you have control over? Your behavior and your actions as they relate to making decisions that are in line with you YOUR big picture, not someone else’s. That may mean not taking ANY action right now in the face of the unknown, but it may also mean revisiting opportunities to lock in current tax rates if you foresee a major transaction or taxable event on the horizon, advanced tax planning to keep annual income under a specific amount, or simply a conversation with us about what tax changes may mean for your long-term probability of success of achieving your goals and options to consider.

No one can deliver tomorrow to you today. Security isn’t being able to predict the future; it’s about knowing you have a solid plan in place. We can’t tell you what next year’s tax rates will definitively look like (or even 2021’s for that matter), but we can give you a sense of security amidst the uncertainty. 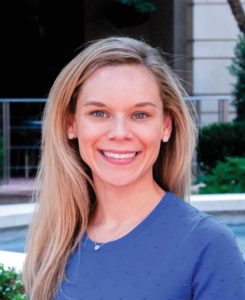 Emily’s background in the financial industry began after she graduated from the University of Virginia. During a seven-year run in various advisory and leadership roles at a global asset management firm, Emily acquired four industry licenses, a certificate in Financial Planning from UVA, and her CERTIFIED FINANCIAL PLANNER™ designation.