Our clients hire us because they recognize the value of our Team’s unique, straight-forward, unfiltered opinion and our tailored advice designed to answer their questions, not everyone else’s. Below, you’ll find some of the most important questions we have been asked over the years to help you better understand the role we play and the advice we give.

Is An Inheritance Taxable? It Depends, and Here’s Why.

Actually receiving an inheritance from someone who has passed away isn’t a taxable event, but how much tax you’ll pay when you take money out of that asset—for example by selling a stock or distributing money from a retirement account—depends on the asset itself. Here’s why.

Got a step-up in basis? You’ll owe less tax if you sell.

When an heir receives an asset from a decedent, the value of the property must be determined. Generally, this new, adjusted value (known as the adjusted basis) for income tax purposes is the property’s current fair market value (FMV) as reported on the decedent’s estate tax return. This can be either the FMV at the decedent’s date of death or the alternate valuation date (six months after the date of death) if that was selected. This new basis is referred to as a step-up in basis for the heir because the heir “steps-up” from the old, lower basis to the new, higher basis.

Basis is important because it determines how much tax you’ll have to pay when you sell.

The “holding period” for the property you inherit is always deemed to be a long-term investment (ie. subject to lower long-term capital gains rates). This applies regardless of how long you actually hold the property before selling it.

Example: Gabrielle made a great investment in a stock that grew tremendously during her lifetime. She never sold the stock that she bought at $10/share. When she passed away, Simone inherited the stock, which was worth $150/share. Even though Gabrielle’s basis was $10/share, Simone’s basis will be $150/share (the value at Gabrielle’s death). This means that if she sells the stock when it’s $170/share, she will only pay long-term capital gains tax on a $20/share gain, not a $160/share gain.

When you might not get a step-up in basis.

If you’re inheriting an IRD asset

Assets considered “income in respect of a decedent” (IRD) do not qualify for the step-up in basis adjustment. IRD assets result if the decedent chose during life to defer paying income tax into the future. Common examples of IRD assets are:

As an heir, your basis will be equal to the decedent’s basis in the asset—NOT the value of the asset at the decedent’s death. This ensures that the government will be able to collect income tax due on the deferred income.

Example: Sandra made regular contributions to her IRA and always claimed an income tax deduction. When Sandra dies, her heirs will have a basis in the IRA equal to Sandra’s basis, since the IRA is an IRD asset. When her heirs take distributions from the IRA, they will have to pay ordinary income tax on the distributions.

If you inherit an asset from the decedent that you in fact had gifted to the decedent within one year of their death, you will not receive a step -up in basis. Your basis will be the decedent’s basis, which will be the same as your original basis before you made the gift.

When you receive life insurance proceeds.

If you’re the beneficiary of a life insurance policy on someone who has passed away, as a general rule, the death benefit paid to you will not be subject to income tax.

Note about a possible change to tax law.

The tax code is never set in stone. New administrations and new congressional majorities may seek to make changes to tax law, which is the situation we are in now. While we don’t specifically know what tax laws may change under the Biden administration, we do know that while campaigning for president, Biden suggested:

This uncertainty can feel unsettling. Luckily, we exist.

A transparent partner for unfiltered advice.

Monument Wealth Management has decades of experience in the financial industry. Navigating and advising on an unpredictable market is what we do for fun. Well… that and helping our dogs live their best lives. We take a no B.S. approach to managing our client’s wealth–keeping you informed of the good, the bad, and the ugly and proposing realistic approaches to each.

Set up an appointment to start your Private Wealth Design. We’ll be your guide to financial freedom no matter what your taxes look like.

*Monument is neither a law firm nor a certified public accounting firm and no portion of the blog content should be construed as legal or accounting advice. 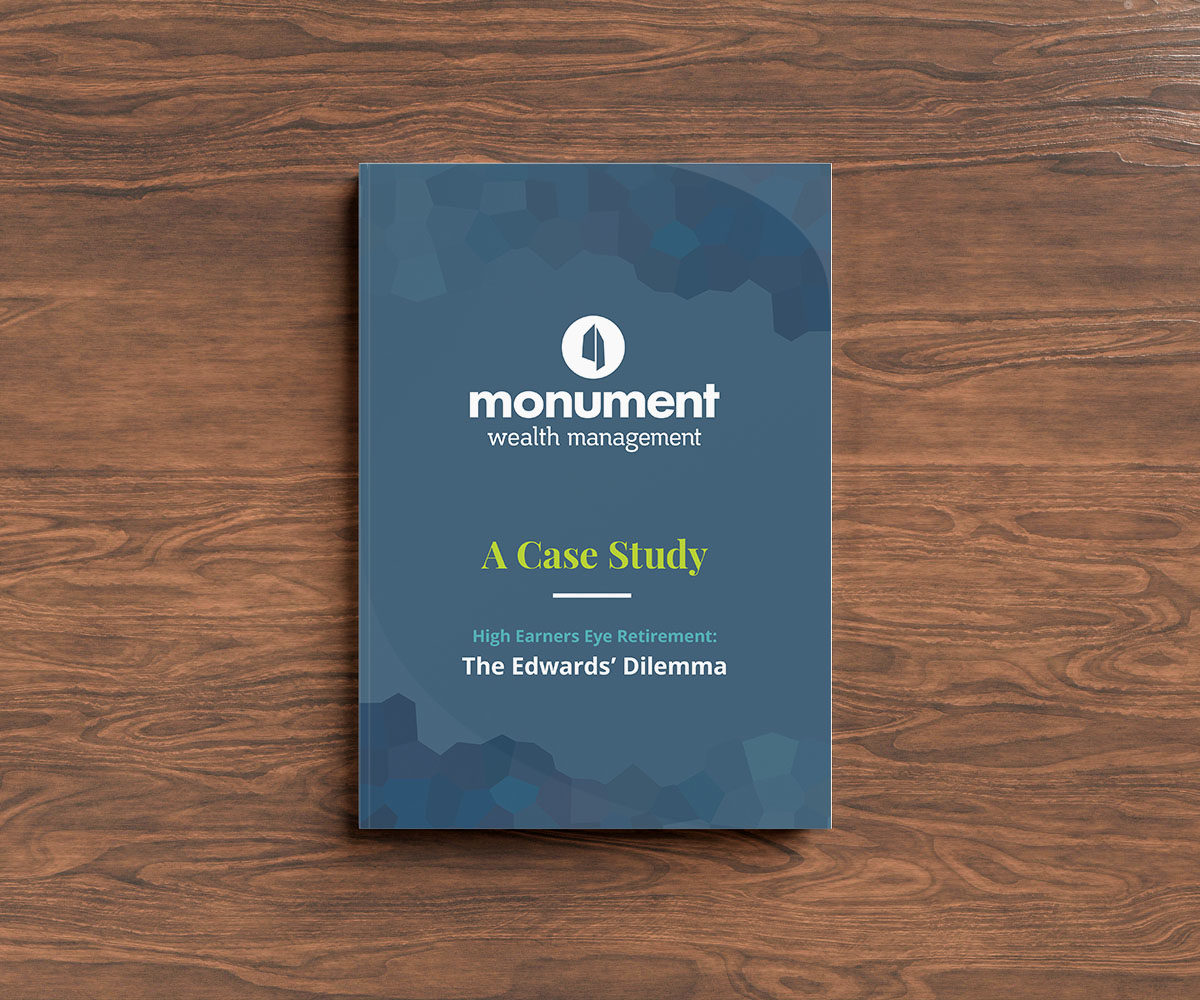 It’s time to find clarity around your finances and remove the anxiety of the unknown.

Read our case study, “High Earners Eye Retirement,” to see how we helped one of our clients plan for the long term.

Ready for straightforward, unfiltered opinion and tailored advice for YOUR questions, not everyone else’s?

See If We’re A Fit