Election Outcomes and the Markets 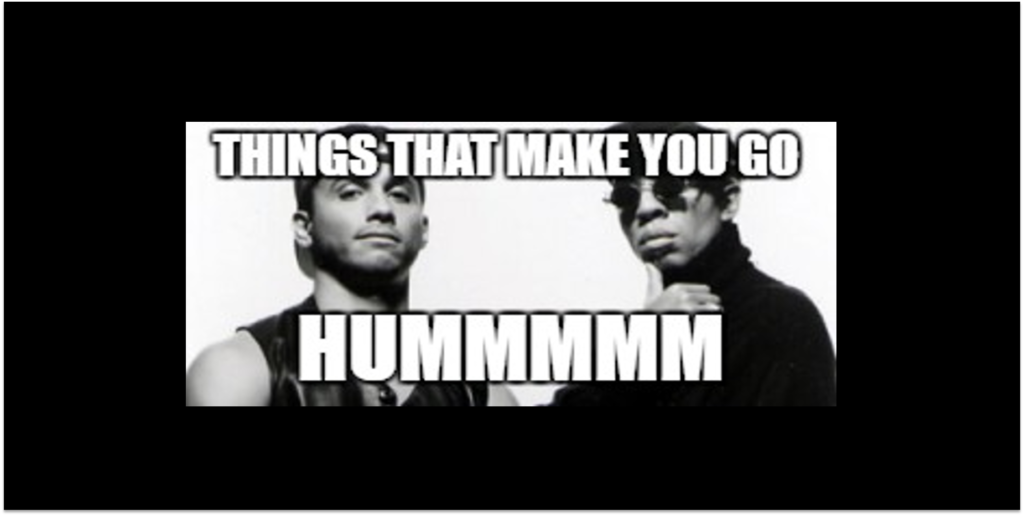 I took last week off from writing after returning from a fantastic fly fishing trip with my father out at Henry’s Fork in Idaho and the Madison River in Montana. I highly recommend the trip this time of the year to anyone interested in seeing Big Sky country, the yellow Aspen trees and catching 18-22 inch Rainbow and similar sized Browns. But use a guide – it’s better that way. Their ability to find the spots and untangle my Gordian Knots of line made it a better experience than if I had gone it alone.

Today I want to spend a little time discussing the upcoming election in a non-partisan way through the eyes of the markets and sprinkle in a little bit of statistics at the end.

I know, I know, I know…it’s exhausting, but bear with me. I want to tie it all into the markets with as little commentary as possible.

I was reminded over the weekend, by my friend Charles Sherry, of a quote from Winston Churchill that said, “No one pretends that democracy is perfect or all-wise. Indeed, it has been said that democracy is the worst form of Government, except for all those other forms that have been tried from time to time.”

Given the unusually acrimonious nature of this year’s election, one that pits a colorful businessman who has never held office against a career politician, his remarks seem fitting.

Look, before I get into my thoughts, I’m well aware that both candidates have remarkably high negative ratings…and I’m also aware of the following things about each candidate:

Right now, the country faces tough issues at home and abroad, and strong leadership is needed. I won’t suggest what type of leadership in this blog… I’ll leave that to you.

I am not a political analyst. My job is to properly connect clients’ financial resources to their personal aspirations by always challenging the status quo. Therefore, I will carefully and cautiously review the election through the very narrow eyes of the market.

The best thing about the market is that it owes no allegiance to any political party or candidate. The market focuses on corporate profits, losses, Federal Reserve policy, corporate policy, etc.

In other words, the market focuses on the fundamentals…and the market rewards success and it punishes failure.

The interesting thing is that, at least so far, the markets have barely reacted to this unconventional election cycle. There has been neither meaningful reward nor punishment.

Things that Make You Go Hummmm

The first debate seemed to lessen investor fears when Hillary Clinton (HRC) appeared to outshine her challenger, Donald Trump (DJT) (at least according to polls I saw that were conducted immediately in the wake of the heated match). It wasn’t just the polls. Many professional analysts and experts gave Clinton the nod, also. Of course, ask Eric Cantor about polls…okay, okay, okay, lest I digress, I’ll just carry on.

Well, to me it looks like the investment community is eschewing that in favor of certainty over uncertainty, believing a win by Clinton would produce continuity. The problem is that continuity is probably the status quo of the past 8 years. 4 more years of continued sub-3% GDP.

Trump’s tough rhetoric has clearly released an enormous (some would say HUUUGE) response among his supporters and for that matter, those who oppose him – just check your Facebook feed. But his rhetoric also sparks heightened uncertainty. We have witnessed instances when heightened uncertainty has fueled short-term volatility – Brexit anyone? More on that below.

Let me quickly add that this is in no way an endorsement of either candidate. All I’m saying is that the Street’s short-term focus aligns itself with the old adage, “Better the devil you know than the devil you don’t.”

This situation fits nicely into some Prospect Theory…People are willing to take on more risk to avoid a loss than they are willing to take to achieve a gain. That may be adding to the explanation for the desire for certainty even if it is status quo sub-3% GDP.

Be ready for some short term volatility if the polls stay tight with a slight Clinton lead as we get closer and closer to the election. Just like with Brexit, if a seemingly rational predicted outcome gets supplanted by a surprise outcome, it’s not inconceivable that we see that type of market volatility here in the U.S.

Brexit should be the lesson learned here.

The one factor that no one is really talking about too much (but thanks to TrendMacro and Donald Luskin, we have been made aware of) is a statistic going all the way back to 1952. There is only one time that there was a second party term…Republicans in 1988 with George H.W. Bush after 8 years of Ronald Reagan.

After a party’s 8-year rule, the desire for change in the White House tends to be very strong. Statistically, this factors against HRC. The 41st President was fortunate enough to have the strength of Reagan’s economy as a tail wind moving forward. Today, HRC does not have a similar situation.

Since HRC does not seem to be advocating much in the way of economic change relative to President Obama’s 8 years, (see here where we discuss the tepid growth of GDP) it lends credibility to the possibility of a surprise outcome where the election results are different than the polling data. (Ahem – like the Eric Cantor surprise.)

AGAIN, I’m no expert and I’d never use this blog to endorse anyone. However, I’ll tell you this…if the race is tight, but people expect HRC to win the same way everyone expected Britain to “stay” and there is a surprise win by DJT, the markets will be “unprepared” and could sell off just like with Brexit last June.

Since this is a possibility, my thought is that anyone invested should hold what they’ve got AND any investor with cash on the sidelines would be well served to consider getting it to work at that time.

Said another way, a Clinton-ixt would be a buying opportunity. If you could go back to June after Brexit and put money to work after that big Friday selloff, would you?

Damn right you would!

Why? Any post-surprise election result selloff would be an emotional reaction. But thanks to my friend Charles Sherry for reminding me of this over the weekend, I’ll leave you with this quote by Warren Buffett from his 2015 letter to his shareholders.

“For 240 years it’s been a terrible mistake to bet against America, and now is no time to start. America’s golden goose of commerce and innovation will continue to lay more and larger eggs.”

Remember, a growing economy fueled by innovation and entrepreneurship has been the biggest driver of stocks over the many decades. As Buffett emphasized, betting against America isn’t a winning hand.

None of this will really matter if the final few weeks leading up to the election show DJT taking the lead over HRC. The markets will have plenty of time to “prepare” and a DJT win won’t be a surprise. If HRC was to surprise at the polls, it’s a non-event in my mind since the market would be getting the same certainty it is expecting now.